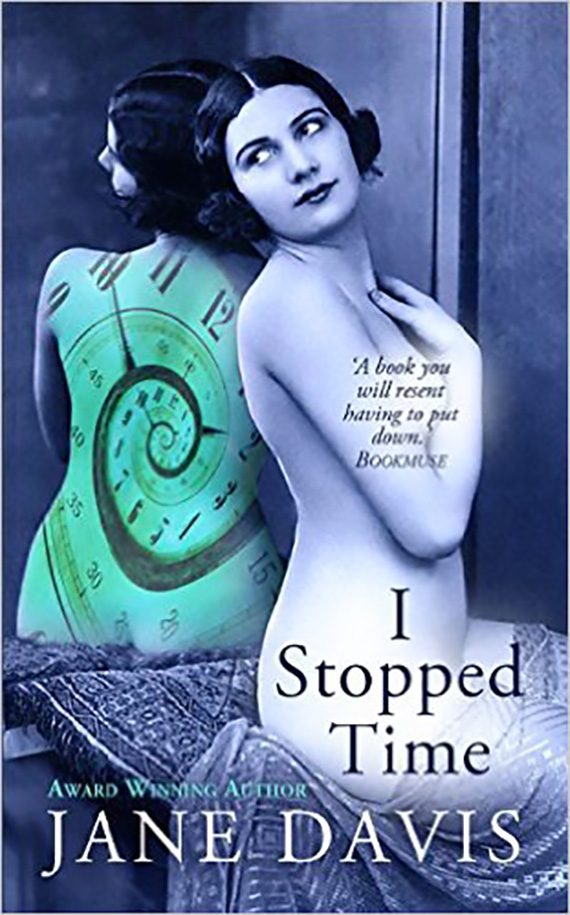 A death bed confession, some black and white photographs, the disgraced politician living in retirement in the Surrey village of Shere and the young woman who befriends him after a casual conversation in the William Bray pub. Disparate, seemingly unconnected threads which in the gifted hands of Carshalton author Jane Davis, are skilfully woven into a captivating novel.

“I Stopped Time” is a story spanning two centuries (the 20th and 21st), told largely through its heroine Lottie Pye. Growing up in turn of the century Brighton, Lottie’s life is transformed when she walks into a photographic studio and gets instantly hooked on the magical images conjured up from behind the velvet screens and camera lenses. Photography is the medium that will shape her destiny taking her into a journey of self-discovery, creative brilliance… and a disastrous marriage.

When Lottie walks out on her marriage her charismatic ex-husband raises their son James, who grows up believing that his mother callously abandoned him. It’s only when Lottie dies at the ripe old age of 108 and leaves her photographic collection to her son, that James finally discovers the truth. With the help of Jenni, a young student struggling to come to terms with the recent death of her mother, James is forced to confront his past and through Lottie’s pictures discovers that she had never stopped loving him.

This is a rich, multi layered story with a pace that never wanes and where the shift from one century to the next is seamless. The writing has a deceptively simple quality, punctuated with images of striking, poetic depth. How’s this for a description of birds flying across the skies above Brighton pier?

“The heavens appeared to change their hue as a swirling shoal cart-wheeled over the wreckage, fluid and ghost like in motion, turning the sun-set from rose pink to black to shades of grey.”

The characters are wonderfully realistic and it’s impossible not to feel for them as they battle against everyday setbacks in their search for happiness. Davis extends the realism to the novel’s minor players, using their very ordinariness to enhance the power of a strong narrative. We empathise with the anger of a mother mourning the deaths of her three sons, and share Lottie’s consternation at the indifference of bathers on Brighton beach in 1914 when a newspaper boy announces that Britain is at war. The men sit back in deck chairs “with trousers rolled up to their knees” while the women simply shade their faces with “large hats and parasols,” oblivious to the enormity of the news. Lottie’s dismay is just as palpable when she recalls the event nearly a century later.

“I Stopped Time” is a poignant, intricately structured novel whose themes of love, friendship, and understanding are likely to resonate with anyone who reads it. Davis is an experienced writer with six books, (one un-published) under her belt and a Daily Mail First Novel award. Wider recognition is long overdue and on the strength of what she has produced, I can only hope that it won’t be a long wait.