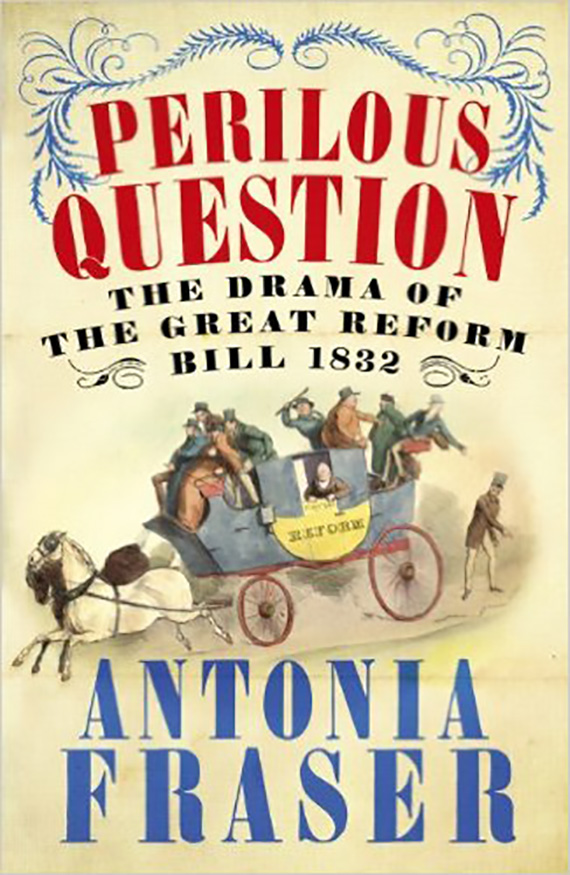 Antonia Fraser, (who I was lucky enough to interview at last month’s Surrey Heath Book Festival), turns the spotlight on one of the most volatile and extraordinary periods of nineteenth century British political history, with a narrative whose twists and turns grip the reader from start to finish. The 1832 Reform Act may have been a constitutional watershed but getting it onto the statute books would divide the establishment and bring the country to the edge of revolution. Fraser skilfully gets into the mindsets of the struggle’s key protagonists including the reforming Whig aristocrat Lord Grey, the obstinate war hero and deeply conservative Prime Minister the Duke of Wellington and the so called “Radical Tailor” Francis Place. An electoral system that withheld the vote from industrial centres like Sheffield and Manchester but which allowed rotten boroughs like Old Sarum (“a lump of stone and a green field”) to return two MPs, was clearly unsustainable yet the road to change would be dramatic and violent. The book takes the reader through a complex political landscape with the humour, detail and keen eyed observations that have made Antonia Fraser one of the country’s most successful historical authors. In fact this is historical writing at its best because it actually reads like a superb political thriller.