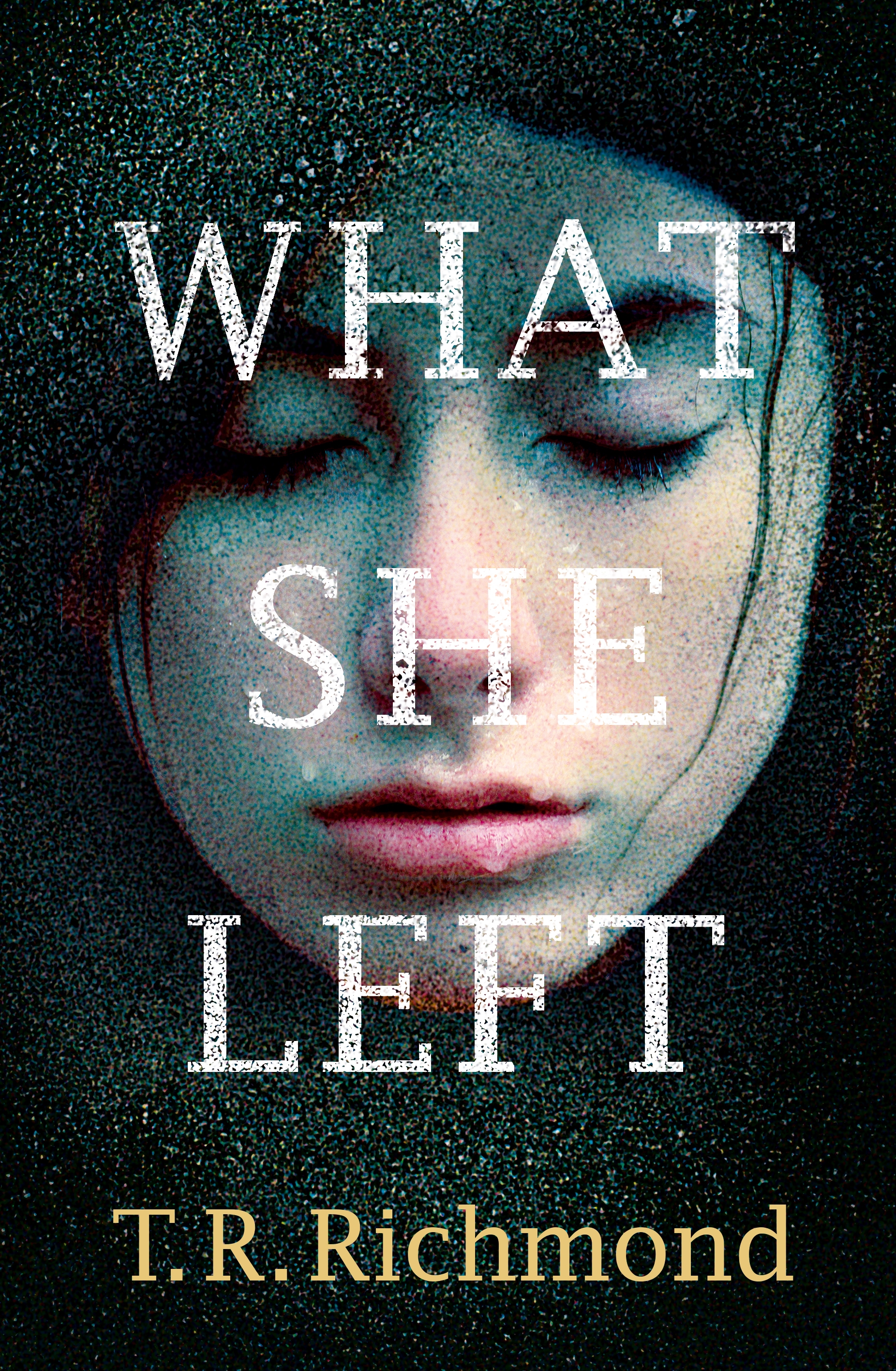 Disappointment is an occupational hazard for a book reviewer. I’ve read more than my fair share of novels shamelessly hyped as “brilliant” and “unforgettable” that turn out to be as memorable as a visit to the bathroom! Hence my scepticism when a copy of TR Richmond’s “What She Left” landed on my desk – complete with the publisher’s note describing it as “the year’s most haunting and unforgettable debut”. This was a book with a lot to live up to – and it absolutely delivered!

Richmond, an award winning journalist from Chertsey, has written a taut, multi layered story constructed from diary excerpts and a correspondence that effortlessly swings between letters, emails, tweets and blogs. It’s an ambitious structure, skilfully held together by a cast of strong characters and a plot with a teasing “smoke and mirrors” quality. Nothing is ever quite what it seems. Just when the reader feels sure of a person or a fact, Richmond shatters every assumption with a series of brilliantly delivered curveballs.

The story begins with the death of Alice Salmon, a young journalist who drowns after a drunken night out. Was it an accident? Did she commit suicide or was she murdered? Anthropologist Jeremy Cooke embarks on a one man mission to reconstruct Alice’s life, reclaiming it from a sensationalist media that defines it through the prism of a tabloid narrative. Within that construct Alice is either a tragic figure or an example of what happens when drinking gets out of hand: her talent and the impact of her death on those around her is reduced to a series of journalistic clichés. Cooke will always be busy as long as Alice stays in the headlines, but is this middle aged academic simply exploiting her death for his own good? Why is he fixated with her? How is he connected to her mother and did Alice’s friends really know her?

“What She Left” is a disturbing, intelligently written novel that’s a psychological thriller and crime story rolled into one. The crime element is deliberately underplayed since Alice’s death is the springboard from which personalities are assembled, motives dragged out into the open and unhealthy obsessions exposed. Every character has a clear distinctive voice in the narrative and Richmond captures each verbal nuance with impressive accuracy. Nobody who knew Alice Salmon will exit her story unscathed. For some her death will be curiously redemptive while for others it will yield a lifetime of guilt.

“What She Left” is published this month and critics are already comparing it to Gillian Flynn’s “Gone Girl”. They’re not wrong as this is a book that ticks all the right boxes: the writing is strong, the narrative pace never slackens and the climax is absolutely blistering. Yet above all it also raises legitimate concerns about privacy, media standards and the volume of personal information that’s casually surrendered over the internet. It is Alice’s voice that opens the novel and it’s fitting that Richmond gives her the last word. Her final letter written to her twenty five year old self, is as poignant as it is wise. She may have been impetuous and occasionally difficult, but Alice Salmon loved “this thing called “life”” which “no one gets through entirely unblemished”.