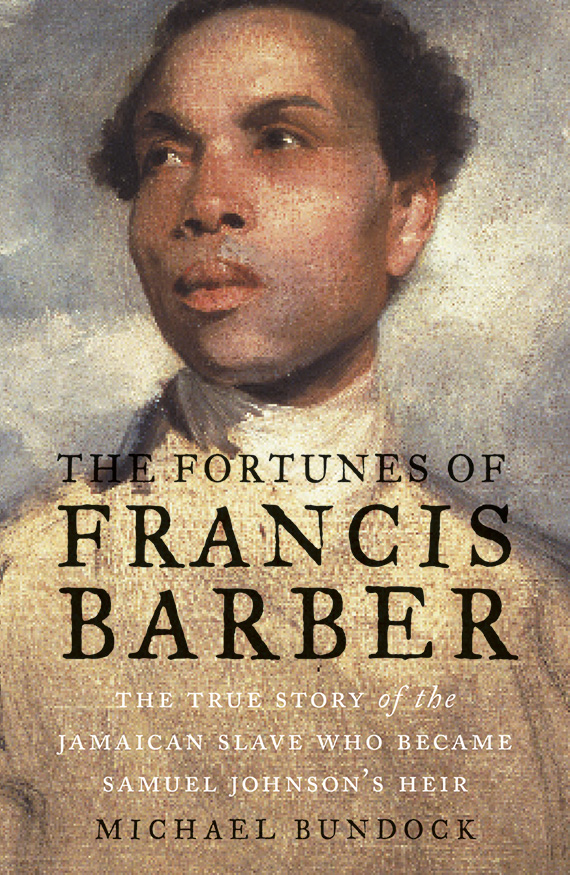 A young West Indian boy and a thick set man with a scarred face and shabby clothes, weave their way through a crowded grimy street in 18th century London, oblivious to the bemused stares of the passers’ by. The man is Doctor Samuel Johnson, poet, essayist and compiler of the first English language dictionary. His companion is Francis Barber, a Jamaican born slave who was given to Johnson after he was brought to England by his owner.

Barber became such an important figure in the doctor’s life that when Johnson died in 1784 he left him the bulk of his estate – much to the astonishment and resentment of his friends! So why has history relegated Barber to a footnote? Very little information about him survives yet despite this Kingston resident and Doctor Johnson expert Michael Bundock, has produced a splendidly researched book that valiantly attempts to wrest its subject from the shadows.

“Poor Blacky” and “the doctor’s Negro servant” were among the many epithets foisted on Barber by Johnson’s associates, yet he was luckier than most slaves who under the law were defined as chattels. Through the diaries of Thomas Thistlewood, the English owner of a Jamaican sugar plantation, Bundock uncovers the world of horrific brutality that Barber was fortunate enough to escape:

“Flogged Lincoln, for disobedience in not fishing for me as I ordered him. Put him in the bilboes (iron fetters).”

Barber may have avoided those indignities when he arrived in England as a seven year old in 1750, but there was no escaping the prejudice. Yet in Samuel Johnson he found a man of generosity and paternal feeling. When Barber joined the navy a worried Johnson pulled out all the stops to have him discharged, even though the youngster hadn’t been coerced but had signed up of his own accord! It was the doctor who paid for him to go to grammar school and who supported Barber’s marriage to a white English woman. In over thirty years of living together their relationship eased from that of master/servant into something familial. Why?

Perhaps it was because they were both outsiders. Barber was black while Johnson, an opponent of slavery, had a distinctive physical appearance that made him stand out. The writer Fanny Burney described him as “ugly”, while others noted “his loud and imperious voice” and how his body would involuntarily spasm when he moved, a possible sign of Tourette’s syndrome. He abhorred social fads and ran a household that was chaotically eccentric:

“Williams hates everybody. Levet hates Demouslins and does not love Williams. Desmoulins hates them both. Poll loves none of them”.

“The Trials of Francis Barber” is a crisp, eloquently written book that attempts to bring definition to a man whose story has largely been neglected. Bundock is sympathetic to his subject, endowing him with dignity whilst emphasising his devotion to a larger than life personality who probably wasn’t easy to live with. Yet Samuel Johnson was still ahead of his time. In leaving most of his wealth to Barber he was upholding a simple but valuable principle: the quality of a man is what matters in life rather than the colour of his skin.